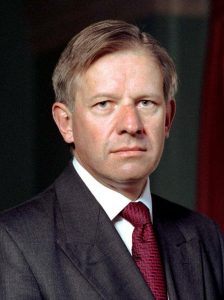 Sherard Cowper-Coles KCMG LVO has been the Business Development Director, International at BAE Systems plc since February 2011. He is responsible for supporting and promoting the Company’s business in the Middle East, especially Saudi Arabia, as well as South Asia and elsewhere.

Sherard served as the Foreign Secretary’s Special Representative for Afghanistan and Pakistan from February 2009 until September 2010. He took early retirement from the Diplomatic Service in October 2010. He has written a book about Afghanistan – ‘Cables from Kabul’, and is working on another of diplomatic anecdotes.

Sherard’s earlier overseas postings included political jobs in the British Embassies in Washington and Paris. In between he worked in London as a Foreign Office speechwriter, as Private Secretary to the Permanent Under-Secretary, and on European security after the end of the Cold War. He was Head of the Foreign Office Hong Kong Department for over three years leading up to the handover of the Territory in 1997. In 1999-2001, he worked as Principal Private Secretary to the then British Foreign Secretary, the late Robin Cook.

Sherard joined the Diplomatic Service immediately after studying Greek, Latin, philosophy and ancient history at Hertford College, Oxford, where he is an Honorary Fellow. He spent nearly two years learning Arabic before his first posting, to the British Embassy in Cairo.

As well as Hebrew, Sherard speaks French and he acquired basic Pashto for his posting to Kabul.