The Baron Hennessy of Nympsfield

Britain’s Place in the World 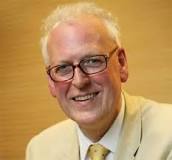 Baron Hennessy was a journalist for over 20 years, with spells at The Times, The Financial Times and The Economist. During this time he unearthed the hidden wiring of the constitution and the power of the machinery of government in Britain.

Those themes remained at the heart of his research when he moved from journalism to academia in 1992. He is Attlee Professor of Contemporary British History at Queen Mary University London.

His stated aim is to “write the history of my own country, in my own times, for academic and public audiences alike”.

His research interests vary widely across all aspects of contemporary British History, focussing on: