Hugh Mackintosh Foot was the son of the late Rt. Hon Isaac Foot, MP. Born in 1907 into perhaps the most political of Westcountry nonconformist families (no fewer than four Foots stood in the 1945 General Election), he broke with family tradition by first of all going to Cambridge rather than Oxford and then by entering the Colonial Administrative Service in Palestine in 1929. His succession of posts was to take him across the then empire. By 1932 he was the Assistant District Commissioner in Samaria and subsequently served throughout the period of the Arab Revolt of the late 1930s. In 1939 he was appointed to be Assistant British Resident in Amman, serving in a variety of capacities. His wartime appointments included that of Political Officer to the Indian Brigade in the fighting with Vichy French forces in Syria, and later of Lieutenant Colonel for the British Military Administration of Cyrenaica. 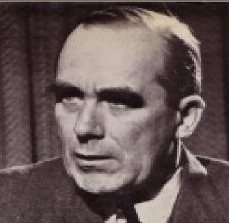 Away from the immediate theatre of war, he was promoted in 1943 to be Colonial Secretary in Cyprus, and on his arrival almost immediately became Acting Governor. In 1945 he was posted to Jamaica, again as Colonial Secretary. After promotion to Chief Secretary of Nigeria, he was to return to Jamaica as Captain-General and Governor-in-Chief and Cyprus as Governor and Commander-in-Chief. He was among the last of the outstanding Colonial Governors, indeed described by Harold Macmillan as a “Colonial Governor who had run out of Colonies”, and the fostering of social and economic progress, reconciliation and colonial transitions to independence together formed the dominating theme of his post-war career. The conflict in Cyprus brought him to national prominence. Describing the situation after the Cyprus Emergency was ended by the London Agreement he wrote: “Nineteen fifty-nine was a year of sheer happiness. It was the year of agreement, of reconciliation, the year in which we had to create a Republic from nothing”.

The remark typifies his colonial experience which was later admirably summarised by Lena Jeger: “For over thirty years he had moved with authority in lands of daunting complexity and engineered their metamorphoses from colonies into free countries, working as mediator rather than ruler. He believed that the only way to teach people responsibility was to give it to them. Everywhere he respected the individual dignity of his subjects, never patronising them, and never remote from their human condition”.

As colonial rule was ending, the second dominant theme in Hugh Foot’s career was emerging, still representing his country, but now on the world stage at the United Nations. He went to New York in 1961 with the rank of Ambassador to the United Nations and British Representative on the UN Trusteeship Council, with the brief to be the principal adviser to the UK mission on the problems of “emergent and newly emerged countries”. However, in October of the following year he found himself as a matter of principle unable to continue to defend the then UK Government’s policy and lack of initiative over the problem of the Central African Federation and of white domination in Southern Rhodesia in particular. Unable to advocate his Government’s case, he therefore resigned.

His absence from representing his country was to be merely temporary. From late 1962 until late 1964 he continued to work for the United Nations itself, as a consultant to the UN Special Fund, in effect in charge of its development programme, particularly in Africa.

In late 1964, under Harold Wilson’s newly-elected Labour administration, Hugh Foot was offered the post of leading the UK’s delegation to the United Nations, entering the government as Minister of State for Foreign and Commonwealth Affairs and Permanent Representative at the United Nations. At the same time he was made a life peer as Baron Caradon of St Cleer in the County of Cornwall. He led the UK’s delegation for nearly six turbulent years. His previous UN experiences had served to confirm his belief that the United Nations provided the only possible forum and mechanism for addressing world problems, particularly those of poverty and conflict between peoples. He also sought to bring the United Nations perspective into the UK political system – unusually for a permanent representative at the UN – by making significant contributions to House of Lords debates, particularly on the UN’s role in combating violence and poverty and promoting development in the Third World.

In the aftermath of the Six Day War of 1967, his career came full circle. Nearly forty years after he entered the Colonial Service in Palestine, he was the principal architect and promoter of UN Resolution 242. Although it has not yet been fully implemented and has been subject to varying interpretations since its adoption, it stands as the first serious starting point for what was later to become the oft-stalled Middle East peace process. It was the starting point for the withdrawal of Israeli forces from territory occupied during the war, and for the beginning of the ending of the permanent state of war that had existed between the Arab states and Israel since 1948. It has formed the explicit basis for all subsequent UN resolutions and actions concerning the Middle East.

He had to relinquish his post on the change of government in 1970, but as in 1962 continued to work tirelessly – now once again for the United Nations itself. He was consultant to the UN Development Programme, and heavily involved once again in questions of development in Africa. He formally retired from the UN in 1975, but once again was frequently consulted and continued to advise as one of the UN’s elder statesmen. Lord Caradon died in Plymouth on 5th September 1990 – a public servant of great vision and integrity and a true citizen of the world.

In concluding his autobiography – A Start in Freedom – in 1963, he wrote in both gloom and hope. At a distance of almost fifty years his words have not aged:

“Whichever way we look we see old dangers and new failures and disappointments. The forces of conciliation and co-operation seem to falter while the forces of disruption and despotism flourish. The extent of the dangers is a measure of the need for new effort and for a new sense of urgency, and for new methods. Increasingly we must seek solutions not by old national means but by new international action. The dangers should surely intensify a determination to win freedom from racial discrimination and domination, to settle disputes before violence takes over, to make a new assault on the poverty of more than half the world and, for all these purposes, to support and strengthen the authority and the capacity of the United Nations. Few people will dispute that the dangers exist. The question is whether we understand and care enough to act while there is still time, and time is terribly short.”